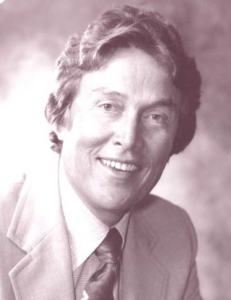 Jimmy Ray Dean, 81, died suddenly but peacefully at his home on the James River in Varina, VA on Sunday, June 13, 2010. Jimmy was born into poverty August 10, 1928 in Olton, TX and was predeceased by his mother, Ruth Taylor Dean , father George Otto Dean and brother Don TaylorDean. As a young man Jimmy joined our nation’s Armed Forces, and while stationed at Bolling AFB in Washington , DC, he began his musical career performing in nightclubs. Eventually his talents took him to radio, television, writing songs and making records. After being discovered on local television, he starred in “The Jimmy Dean Show” on CBS and ABC-TV. In the 1960’s and 70’s he went on to record many hit songs including “P.T. 109”, “To A Sleeping Beauty”, the perennial Mother’s Day favorite “IOU” and the self penned, Grammy Award winning hit “Big Bad John.” Jimmy’s career led him to regular performances in the casinos of Las Vegas and Reno, NV, as well as the Hollywood Palace, The London Palladium and Carnegie Hall. As an actor Jimmy portrayed Fess Parker’s sidekick on “The Daniel Boone Show’ in the 1960’s, and in 1971 he starred with Sean Connery in the James Bond movie ‘Diamonds Are Forever.” Jimmy’s investments included founding the most successful sausage company in America. In 1984 he sold Jimmy Dean Foods to the Sara Lee Corporation, but remained their company spokesperson for many years. Jimmy retired in 2001 but remained active in his community as a benefactor to local schools. He served on the board of Virginia’s Game and Inland Fisheries, was a member of the Virginia Country Music Hall of Fame, The Texas Country Music Hall of Fame, and will be inducted posthumously in October of this year into The Country Music Hall of Fame in Nashville. Jimmy is survived by his wife of 18 years, Donna Meade Dean of Varina, daughter Connie Dean Taylor of Mahwah, NJ, sons Garry T. Dean and wife Yoon of Stratford, CT, and Robert R. Dean and wife Jennifer of Old Tappan, NJ. He is also survived by his granddaughters Caroline S. Taylor and Brianna Rae Dean. Visitation will be held at Nelsen Funeral Home on Laburnum Ave. on Sunday, June 20 from 12 noon until 8 PM, and a celebration of Jimmy’s life will be held on Monday, June 21 at 11 AM at Grove Ave. Baptist Church. Interment will be private for the family at the Dean home on Chaffin’s Bluff. 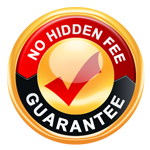